Our Salute to Service

Our namesake, Norman ‘Sailor Jerry’ Collins, was himself a Navy vet who went on to build his legacy tattooing soldiers and sailors in WWII-era Honolulu. Without the men and women who serve, we wouldn’t be here – and so we honor those who fight for freedom.

SAILOR JERRY SPICED RUM IS NOW A NATIONAL PARTNER WITH THE USO.

WHAT IS THE USO?

The United Service Organizations is a non-profit that strengthens America's military service members by keeping them connected to their family, home and country throughout their service. For over 78 years, the USO has been the nation's leading organization serving the men and women in the U.S. military, and their families, for the duration of their time in uniform. From the moment they join, throughout their assignments and deployments, and as they transition back to their communities, the USO is always by their side.

The connection with Sailor Jerry Rum and the USO started back in 2016, when Sailor Jerry partnered with Fleet Week New York, throwing a party to toast the troops. It is then that we took this opportunity to start to raise awareness and funds for military organizations that help the men and women who sacrifice their lives for our country every day.

So far we have raised more than $650K for the USO and other military organizations. And this year, we’ll be donating a minimum of $100K. This amount could be the equivalent of 68,000 phone calls from deployed service members to their families.

BY 2020, WE WILL HAVE GIVEN THREE QUARTERS OF A MILLION DOLLARS TO SUPPORT OUR MILITARY.

WE PROUDLY BLEND AND BOTTLE SAILOR JERRY
SPICED RUM IN THE UNITED STATES.

Learn More About The USO 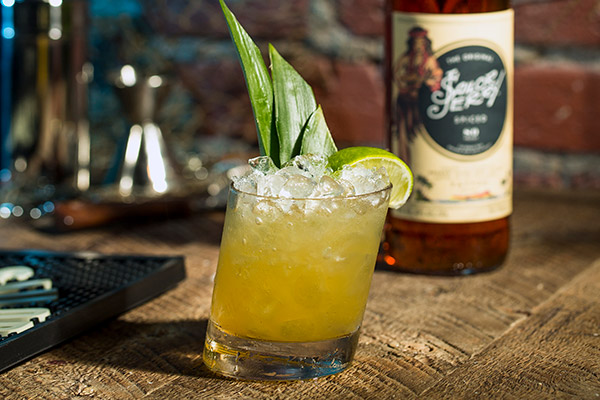