HOLIDAY PARTY? CELEBRATE WITH THESE 5 RECIPES

We know what we’re thankful for this year.

No matter the Friendsgiving vibe, Sailor Jerry Spiced Rum has you covered. 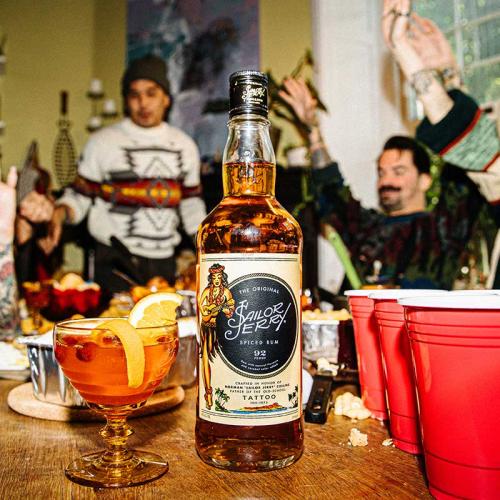 While the Friendsgiving party is raging in the background, head to the kitchen and fix yourself a Sailor Jerry Spiced Rum Thanksgiving cocktail that’ll recharge your social battery and satisfy your cravings. When your friends get a taste, you’re gonna have a lot more Sailor Jerry Spiced Rum Cranberry Daiquiri cocktails to pour so make sure your ingredients are fully stocked.

How to Make A Sailor Jerry Cranberry Daiquiri 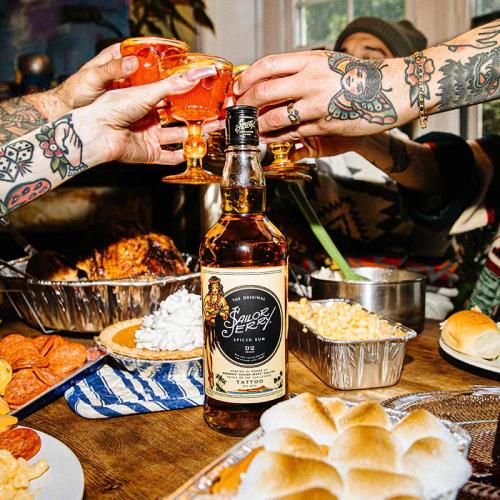 How to Make A Sailor Jerry Friendsgiving Rum Punch

No perfect Friendsgiving party is complete without some damn tasty turkey to munch on. That’s why we’re here in the spirit of the holiday to not only serve you some delicious spiced rum Thanksgiving cocktail recipes, but some bangin’ Friendsgiving food recipes as well. Check out our Sailor Jerry Cajun Spatchcock Turkey, made with seasonings so mouth-watering, your guests will be begging you to make it for every occasion. Lovingly crafted in collaboration with Grill Your Ass Off, and utilizing the sweet kick of our Sailor Jerry Ironsides BBQ Sauce, this’ll be a turkey to remember.

When the turkey is down to the bones and everyone’s fat and happy, surprise your guests with somethin’ sweet. Our Sailor Jerry Banana Rum Cheesecake recipe is sure to be a hit with all crowds, and is the perfect way to cap off the evening.

Doesn’t matter what the occasion - if there’s a celebration, you better believe Sailor Jerry Spiced Rum has got you covered with the best spiced rum cocktail recipes you’re likely to find anywhere. When the party starts dying down and the mood is cooling off, heat everyone up again with a piping hot Cup O’Jerry, or if you’ve got some friends that never really outgrew their high school prime - give em’ our Sailor Jerry Roat Beer Floatilla for those good, nostalgic vibes. Whatever you’re going for this year, you know Sailor Jerry Spiced Rum has you covered with tons of delicious holiday cocktails.