The 10 Best Places to Play Pinball in the World

One of the great things about pinball, Dave Hartley told us, is how it’s one of those things that’s hidden in plain sight. He would know: Over the last few years, Hartley has played with some of indie rock’s leading lights, from Sharon Van Etten to his own project Nightlands to his current main gig, playing bass in the critically acclaimed band The War On Drugs. And having been on the road internationally with WOD for years now, he’s in a good position to opine on where the very “pin” is to be had.

It’s a good time for pinball. The resurgence of the game is real, and we’re seeing it both in our local dives and across the globe. So when one of our super limited Sailor Jerry 1960’s Gottlieb machines came knocking at our door, we were truly excited to set this beauty up and get to playing. After a while, we got to thinking: Wouldn’t it be awesome to get a real deal pinball enthusiast to come on in, play a few rounds, and rap about pinball?

Which is where Dave comes in. We’ll let him take it from here.

For me, the seed of my love of pinball --  I just realized, sort of recently --  was planted when my mom used to take me to the movies and just drop me off. At the Hoyt’s Cinema 6 in Frederick, Maryland, they had a Whitewater pinball machine (which is a famous machine now) and I would play it for as much as an hour or two. That connection, that nostalgia, it’s a strong thing. It’s the same reason people collect comics. That seed lay dormant in me until around 8 or 9 years ago, when WOD started touring a lot. When you’re in a van and sort of slumming it, playing bars, there’s a good amount of time to kill between load in and the show. You often fill it by drinking beer, but to combat that semi-successfully, I just started playing pinball. These days, I use an app called Pinfinder to check out where different machines are, but once you start looking for something, you realize it’s all around you. And pinball just fits into that touring musician’s lifestyle perfectly. Bearing that in mind, these are my absolute favorites:

#1 favorite place: It’s divey and the pinball feels clandestine. Which is just how I like pinball -- in its natural environment and not in a zoo. They sell pierogies, and there’s a weird heavy metal theme to the place, and when the pierogies are done, they get on a mic and yell “DANIEL, YOUR PEROGIES ARE READY” and apply this weird delay pedal and it starts feeding back.

It’s on Haight, and it’s real: One night here, I felt like I truly fell into the San Francisco underworld. They have two machines, and great jukebox and cheap beer, and a social atmosphere. That’s my Eden: two classic well-maintained machines, cheap beer, food, and a good jukebox. Fewer options can be good.

The Old Bar is right next to the same hotel we always stay at in Melbourne; they know us and treat us well, so it’s always a place to look forward to. It’s a dive, and it has Fishtails, which is one of my favorites – it has shorter flippers and creates a totally different set of physics. The exchange rate fucks me up every time, though, and I’ll wind up spending 50 bucks on playing pinball.

Shorty’s is ground zero of the pinball “mecca” (Vancouver, Seattle, Portland – where streets will have “Pincrawls” pinball free play nights – it’s crazy that the bars in these towns even have enough machines to do this), it’s always packed and alive and full of taste-making kids playing pinball. They’ve got booth tables made out of old pinball machines, and it’s right by Pikes.

Nachos, pinball, pingpong, and an awesome jukebox. Not pretentious, good vibes, and everyone’s friendly. They have 4 machines – Funhouse, Twilight Zone, Addams Family and Dr. Dude. (Dr. Dude is a terrible game, but the rest are awesome.) One of my favorite bars in the world.

The Spirit is one of those “coffee shops” in Amsterdam that you may have heard about – and it’s a pretty awesome intersection of those two things. It has 8 machines and feels a little sketchy -- they have big dudes as muscle making sure nothing goes wrong – but it is completely unique in its category.

Awesome Elks-Club type place owned by a former soccer player, Nathaniel who brings touring bands in. Has some royal British dog named Charlie who hangs out and his breed is exempt from all laws. Attack from Mars – my favorite game of all time is back stage.

Vancouver is a great pinballing place on its own, and this pub is a great example of why that is. Last time I was there, we wet a woman’s pinballing club and Robert Gagney, who is the 3rd or 4th top ranked pinball player, was playing right next to me shredding the table. He racked up enough points to be grand champion after one game and walked off.

This is in Greenpoint. It’s a laundromat with 40 incredible machines, and the owner doesn’t care about laundry really, he just collects/restores machines. It’s hard to find, but it shows where pinball really thrives.

They just separated it recently, but for the longest time, this was a record store/pinball arcade combo, and it really plays to pinball’s great history: All the major manufacturers used to be there– Gottlieb, Willings, and Bally – originated in Chicago. 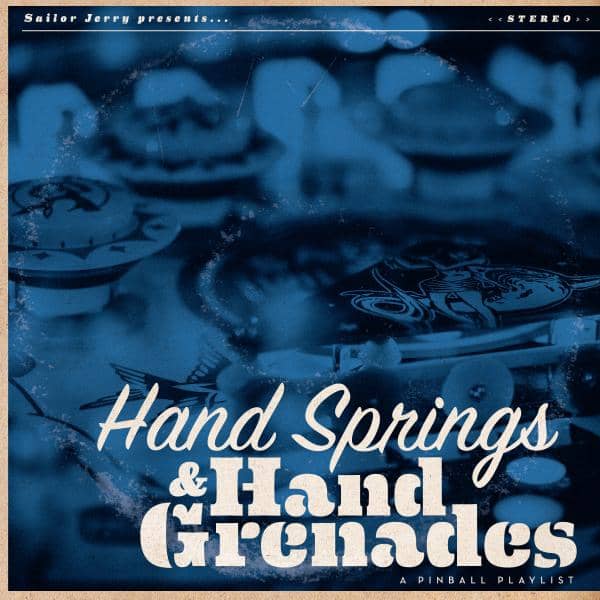