Off the Script with Iggy Pop

I’m walking the streets of Philadelphia PA today reflecting on a game changing celebration had last week in Miami FL, where I contributed to the launch of our Flash Collection by the "one and for sure” only Iggy Pop. It’s fitting that I find myself in Philly today, a Sailor Jerry Ltd incubator as it were, Philly is where early ideas of this homage to Norman Collins were thrown against the walls of some of this city’s best dive bars that are covered with street art and held up by punk rock stickers.  I spent many an hour in some of these famed watering holes alongside other Philadelphia artists and DIY luminaries from around the globe sharing interests, music,plans, and making cool things happen.

So, yes, I got to meet Iggy Pop at our party on last Wednesday night – a man who definitely made things happen like it or not.

Before my holy cr*p moment on stage with Iggy in Miami, I got a chance to speak with and observe this legend in a relaxed, professional mood.  He moved from introduction to introduction with a practiced, natural slink, the years of rock n’ roll stardom clear.  Our brief conversation covered The Kinks, MC5, Detroit, the band called Death, and my thanks for his contributions.  As the scheduled photos were being snapped with my fellow Sailor Jerry Brand Ambassadors and before we all broke off to man our stations for the night (Louis Lewis-Smith moving the crowd alongside DJ Reid Waters, Paul Monahan ruling the bar slinging our rum in all of its variations, and I reprising my familiar role as master of ceremony and party toaster), I had no inkling I would experience Iggy’s raw power in such incredible proximity.

The calm of the conversation and practiced scripts had in the VIP lounge went out the window a few minutes later as I started to make my announcement on the main stage and welcome all to the evening.  As I started to introduce him to the crowd , Iggy Pop - Rock Star roared up to me, grabbing the microphone before I could completely utter his name.  The stage and microphone were transformed into his domain and he introduced his own damn self in a string of expletives followed by his growl introduction of the Jacuzzi Boys, one of his favourite bands who slayed us with their garage rock sound.  This definitely wasn’t my first Rock n’ Roll rodeo, but it was the first time I was bucked off the bull and it couldn’t have been by a radder dude.  In that moment, the “off the script” spirit that the Sailor Jerry brand celebrates was cemented for those lucky enough to be in the room, and for me for damn sure, by a true legend! 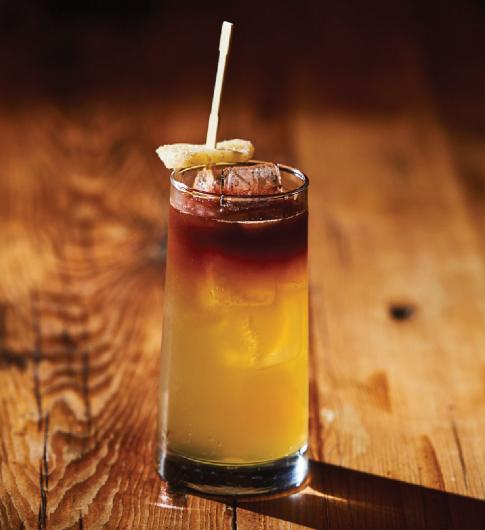