Mahalo from The Museum!

From a blood-crusted stick-and-poke tattoo dating back to Neolithic times, to the back alleyways of a seaport city, to museum curators across the world: Tattoo art at long last enjoys healthy levels of artistic acceptance that’s been hard-earned. Purists don’t be alarmed, but feel free if you may; the tradition of tattooing would have it no other way. It’s hard not to think about this stuff while viewing the current exhibition, TATTOO, on display until April 30th, 2017 at The Field Museum in Chicago, Illinois. Showcased here are calculated historical hints into the long line of skin art, dating back from 5,000-year-old rituals to current day modifications.

You’ll see it all here: dark truths, seafaring victory laps, innovative line work, and advancements in methods and technology. 125 objects take you through worldly influence, forced and prison tattooing, gang and service affiliations, cross-cultural exchange in the west, to individual expression of tattooing today. And yes, the seminal artwork of Norman “Sailor Jerry” Collins is fittingly flaunted. Collins, who is considered the father of the old school and traditional style of tattooing, has six sheets of flash on display here that exemplify his love for Hawaii, a sailor’s superstitions, and post-war, Western themes of adventure, all signed and dated to himself.

There are only a few cities in North America sterling enough to host such an exhibit, and Chicago — with its valuable tattoo history — is definitely amongst the top of this list. The exhibition was developed and produced by the Museé du Quai Branly - Jacques Chirac and for Chicago to be its host city continues the tattoo lore amongst the Great Lakes is fitting indeed. After all, this is the city where Norman Sailor Jerry Collins honed his tattoo skills and where he signed up for Naval service. Chicago still swells with skilled artists, inking with core values of yesteryear while helping shape a new future. This exhibit is an example of just that. 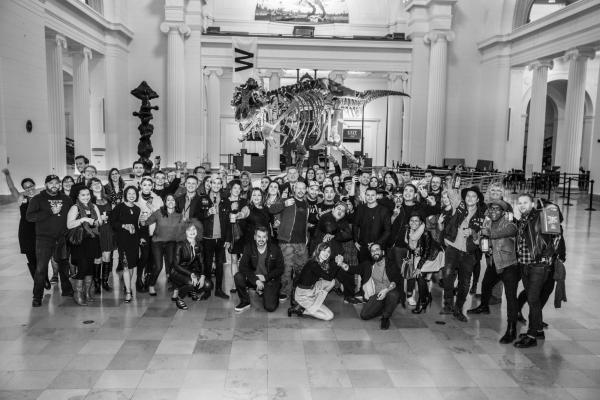 As your eyes turn from scarification artifacts, to tattoo needles once made from cactus and ink pens, to the masterful bodysuits of Horiyoshi III you will begin to understand the back story of tattooing (no pun intended). Trailblazers such as Jessie Knight, Herbert Hoffmann, Ed Hardy, and Henk Schiffmacher to name a few are celebrated. During the October opening party for the exhibit, Henk Schiffmacher aka “Hanky Panky” was actually in attendance as he gave me 10 minutes of the realest tattooing conversation I’ve ever enjoyed. 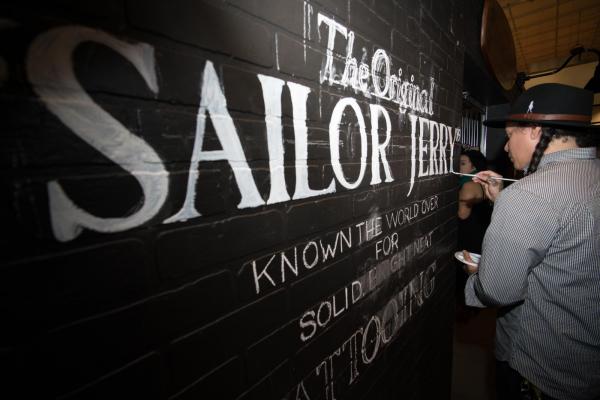 On that evening of October 20th 2016, Sailor Jerry teamed up with the Field Museum to throw a rockin’ party to welcome the exhibit. The packed museum halls were filled with the who’s who of Chicago and surrounding area tattoo scenes, mixed with everyday museum devotees and other interested souls. 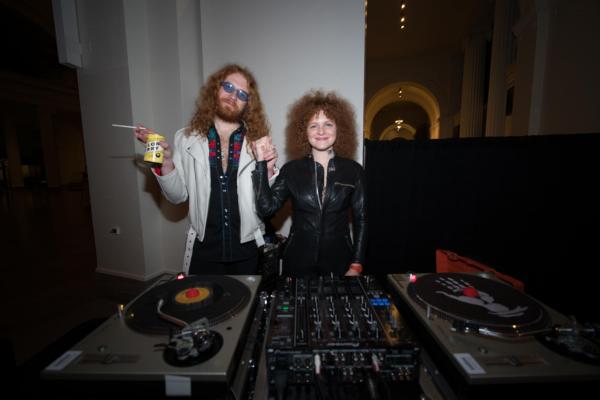 Chicago’s own rock n’ roll duo White Mystery put down the guitar and drum kit and worked a killer vinyl DJ set of classics on this night. The “Norman’s Garage” bar was poised inside the museum, where Sailor Jerry Spiced Rum drinks flowed from the garage for a few hundred attendees who received a special invite to view the show. And yes, there was even a tattooing station – a feature that will continue, courtesy some of Chicago’s best tattoo artists, throughout the run of the exhibit. Whether you’re a pursuant of history or a tattoo eccentric, I’m certain you will find something substantial and shaping in the art displayed at TATTOO.

PROGRAMMING NOTE: On this upcoming January 14th 2017, we traditionally celebrate the birthday of Norman Keith Collins across the globe. I look forward to my return to Chicago, Illinois on this Sailor Jerry Day to celebrate the man and his legacy amongst the perfect backdrop of this exhibition. Join me at the TATTOO exhibit at The Field Museum on this Saturday, as I will have tricks up my sleeve (and hopefully, you’ll leave with an iconic Sailor Jerry tattoo on yours). Stay tuned to SailorJerry.com & social, www.fieldmuseum.com, and follow me on Instagram @gravyontherocks for more details!