A BRIEF HISTORY OF FLEET WEEK

This year, Sailor Jerry is honored to be involved in a whole schedule of events at Fleet Week NYC, to be held around Memorial Day Weekend. Our military roots go all the way back to our namesake, Norman “Sailor Jerry” Collins, and we are thrilled to be one of Fleet Week’s official sponsors. Stay tuned for more.

CELEBRATING THE FIRST EVER FLEET WEEK

The modern, “official” Fleet Week began in New York in 1982. But the idea, though? That goes back over a century. Ships and personnel from the US Navy, Marine Corps, and Coast Guard all docking in one place for a week amid celebration and exhibitions, commingling with the city’s civilian residents dates back to 1898 and the triumphant return of Commodore Dewey from victory in Manila Bay during the Spanish-American War. By 1935, the practice had extended to the other coast, with Franklin Delano Roosevelt’s expansion of the US Navy: 114 warships and 400 military planes carrying 3000 commissioned officers and 55,000 enlisted men descended on the California Pacific International Exposition, for the first “Fleet Week” under that name. Sailors toured the exhibition, and San Diego residents toured the ships.

WHAT IS FLEET WEEK?

That doesn’t quite clear up what Fleet Week really is, though, does it? That’s because Fleet Week is many things. On its surface, it’s a celebration of the troops, and a mission of good will between the military and civilians. Each is invited into the other’s world for a week, with tours of ships and military demonstrations on one side, and a city’s culture on the other. Meanwhile, underneath the official sheen, it is also the first time in a long time many of these men and women have seen the outside of the ship. So naturally, it’s a week-long party where you and a couple thousand of your closest friends take over the city. Once night falls, this party might get a little less family-friendly: warm beer and cold women abound, and men in uniform are eager to drink in all the city has to offer. 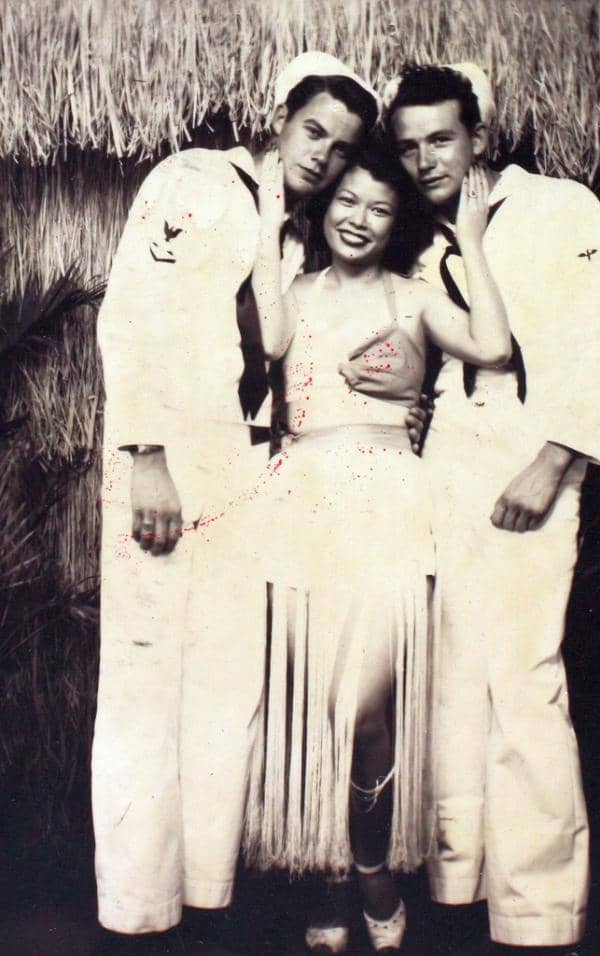 Part of that shore leave bucket list, is, of course, a tattoo. It was during his time in the Navy that Norman “Sailor Jerry” Collins himself began to emerge as a gifted student in tattoo culture: not only the tattooing traditions of the sailors, but the local traditions of the places they visited. His time sailing in the Pacific exposed him to the art of Southeast Asia, before he later set up shop in Hawaii’s Chinatown. Port towns like those in Hawaii (as well as later Fleet Week sites like New York City) were the epicenter of the explosion in tattoo culture during World War II, and Collins was at the center of it all.

From this point forward, naval culture and tattoo culture were inseparable. Tattoos became a way for a sailor to identify himself, his rank, where he’d been and what he’d done. Fleet Week is an opportunity to add a chapter or two to this story on your skin, understood only by fellow sailors.

*All Imagery courtesy of San Diego Air and Space Museum on Flickr Commons.