Punch’s Not Dead: A Quick History Of The Best Thing You Can Put In A Bowl

Before there were cocktails, there was punch: a big bowl of booze for your whole crew to enjoy. British soldiers in India needed something to drink after their beer went bad, and found that a mix of rum, citrus, and spices did the trick. Even the name was taken from India — paantch, meaning five, a reference to the typical five ingredients: water, booze, citrus, spice, and sugar.

These same sailors brought the tradition back to England, and soon it was all the rage in the American colonies. Rather than using the palm sugar spirit called arrack common in India, everything from brandy to rum to champagne became fair game for the punch bowl. The simple 5-ingredient formula made for endless variations — after the signing of the Declaration of Independence, the founders celebrated with 76 different kinds of punch. (Try that trick at your next 4th of July barbecue.) 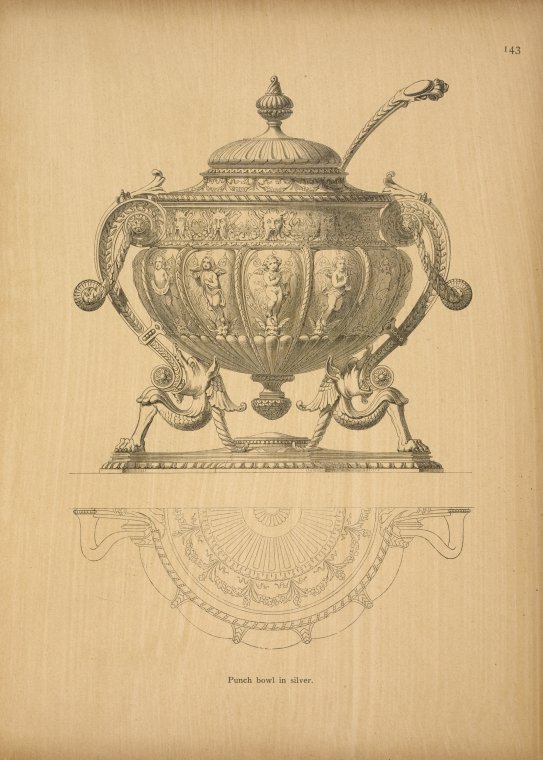 With punch, it’s all about the ritual: this ain’t your old careless dorm room trashcan concoction. Instead, take pride, be inventive, and make sure it’s good — not just some thrown-together mess. The payoff will be worth it. No less than Ben Franklin, a man who took boozing pretty seriously, even wrote a poem about the glories of punch:

“Boy, bring a bowl of China here,
Fill it with water cool and clear:
Decanter with Jamaica right
And spoon of silver, clean and bright.
Sugar twice-fin'd in piece cut,
Kni[f]e, sieve and glass in order put,
Bring forth the fragrant fruit and then
We're happy till the clock strikes ten.”

Punch is the original party drink. The punch bowl itself becomes the hub where guests meet and chat and refill their cups, and the quantity means both drinks and conversation keep flowing. 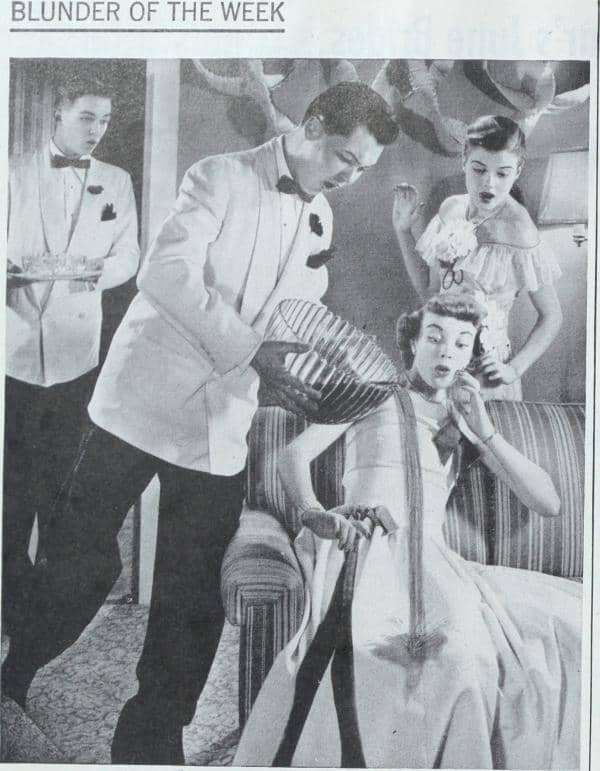 As the 19th century wore on, the cocktail gained momentum and punch became passé. Once Prohibition hit, drinking became more of a covert activity, and the illicit hooch that you could potentially get your hands on needed some heavy-duty mixers to be worth drinking. The era of the punch bowl had passed. A few decades later, 1950s housewives and maybe your grandma would attempt a lame “revival” with sugary-sweet bowls of sherbet and ginger ale, but we’re going to ignore that unfortunate period. 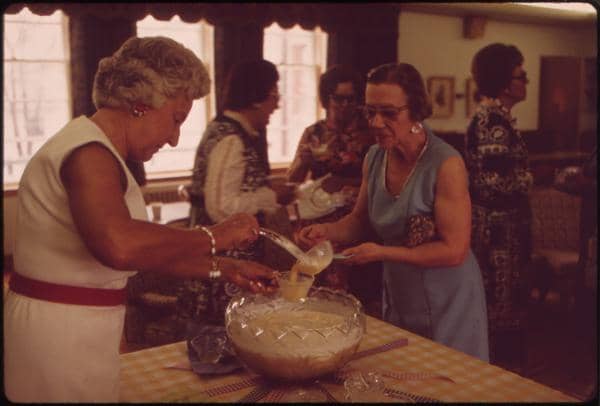 Today, everything old is new again: punch is showing up at bars across the country, sold by the glass and by the bowl. Fancy mixologist types dig up historic recipes, while your average bar might have some sangria (a form of punch: now you know!) mixed up for weekend brunch. We suggest this Jerry Loves Ginger punch we’ve been concocting lately in Norman’s Garage. 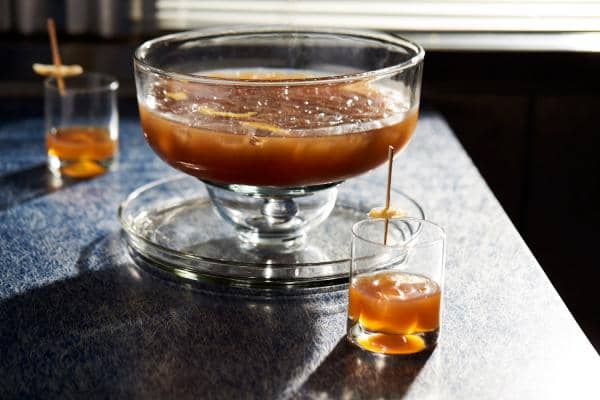 All imagery courtesy of Wikimedia Commons.