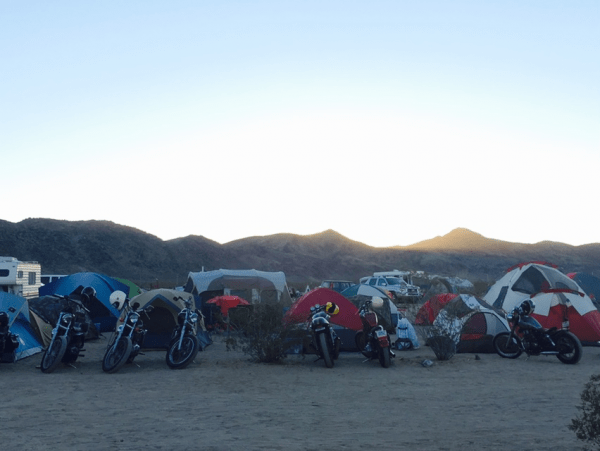 The Babes Ride Out camp site at Joshua Tree.

The airstream is parked and I’ve finally managed to get all the dirt off my Heritage Redwings — and boy, was there a lot of it. For the last four days, I’ve been in Joshua Tree, CA at Babes Ride Out, the friendly women-focused motorcycle ride that started out as just a friendly ride between pals and has since morphed into an event that’s completely unique in the U.S. bike scene.

And this year was the most killer ride yet. 1,500 women came from all over the world to ride, camp, and make memories. During the day, the group rides took us into deserts, mountains and Pioneertown, CA — a perfectly preserved Old West-styled movie set that was used continuously by Hollywood in the 1940s and 1950s. If you’re a fan of westerns, you’re bound to recognized some of its storefronts and desert streets — today, it’s a fantastic place to visit, and it was a great pit stop for the Babes Ride Out crew. 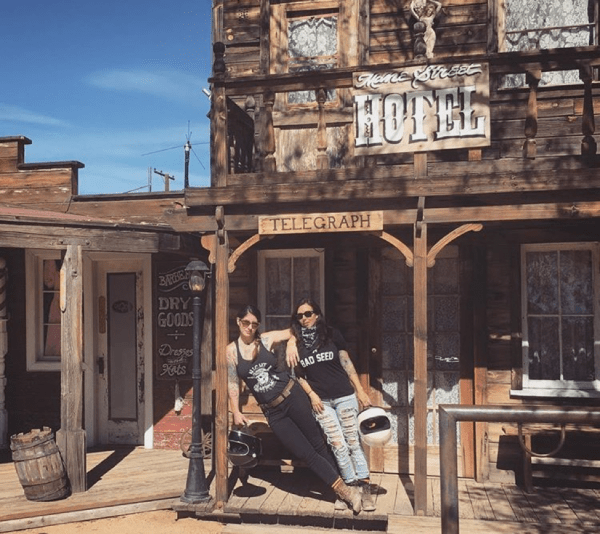 Rachil and Ashley kickin’ it Old West-style in Pioneertown.

At night, the Sailor Jerry airstream and Tiki bar kept everyone’s cups full while the party rocked around us. We had earned some chill-out time: Friday was 85 degrees in the desert, and fellow rider Angela’s Buddypops kept us cool with some killer cold brew popsicles! Once the sun set for the day, the Biltwell Brodeo — yep, a mechanical bull-riding contest —  kicked off with co-rider Rachil and her epic hair claiming the Carnage Title Belt! Later, The Iron Maidens (the world’s only female Iron Maiden tribute band) provided a rad soundtrack to the night before I crawled into my tent, covered in dirt and sunscreen. 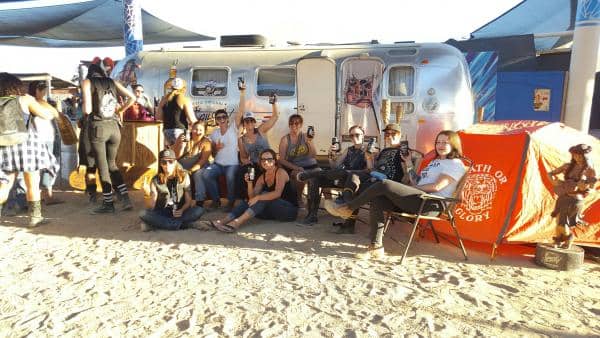 The Sailor Jerry Airstream Trailer once again served us well.

Saturday was a packed day but I had a chance to check out the Sailor Jerry tattoo lounge with the best female artists in the game. The buzzing sound was a warm welcome and these chicks pumped out hundreds of tattoos throughout Babes Ride Out. After a quick banger tattoo, I hopped on a new Triumph Bonneville and rode to Pioneertown with the ladies for some lunch and shenanigans! Then, a great ride through the desert, surrounded by rocks and Joshua trees. When we came back, it was time for the slow race, with choppers, scramblers, and dirt bikes all competing for the slow title. (The highlight was Jess and her killer chopper showing everyone how it’s done with style: Loud and slow.) Along the way, I got to thank our pals at Moto F.A.M. for putting together the BRO raffle, and helping fallen riders all over! (I didn’t win this year but next year is another story.) Closing out the night was a killer Prince cover band that set the mood to close our journey. 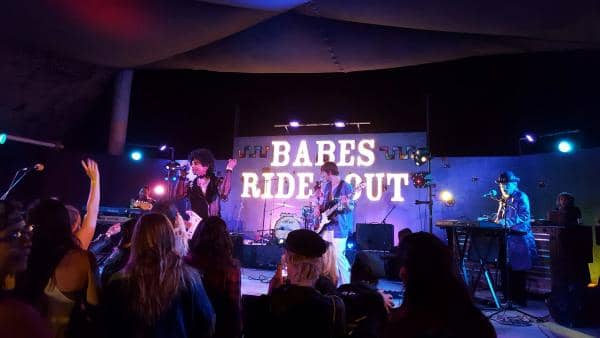 Sunday morning came faster than expected. We loaded up the airstream, and finally put clean socks on thanks to the Stance Socks’ special Babes Ride Out socks and were on our way to the next great adventure. Can’t wait until next year. 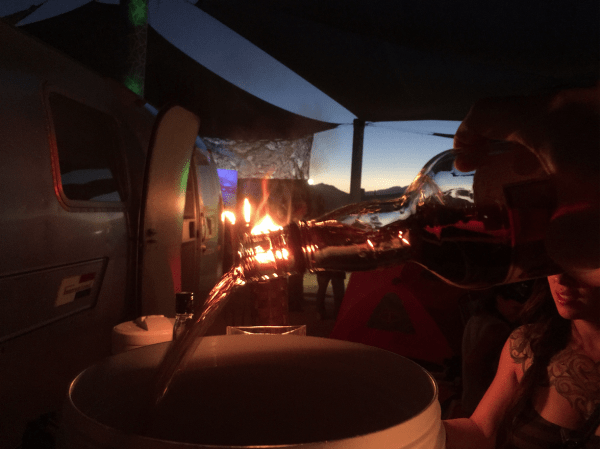